Previous Next
NEWS
from our members
LATEST NEWS
FROM OUR SUPPLIERS
Interview with Jaqueline Morgan - the new Executive Assistant to the CEO of Marathon Distribution Group.

Recently, Jaqueline Morgan has started to work as the Executive Assistant to the CEO of the Romanian ECD member Marathon Distribution Group. From now on, she will also work more closely with the ECD. 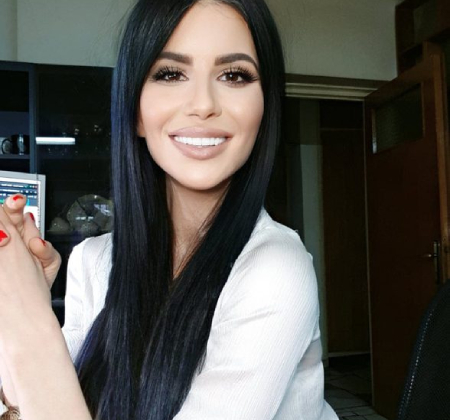 Which tasks do you have at Marathon?

Which experiences do you have in the (International) foodservice market?

I’ve previously worked in the agribusiness sector in Romania, overseeing and managing agri-commodities trade operations with the government authorities in Syria, Iraq, Lebanon, Jordan and privately held companies in the CE region. Also, I managed the agricultural international trade company account for participation and completion of tenders accruing to an annual commodities (barley, wheat, corn) turnover of around 1.2 million metric tons of grains.

What are you expecting of working with the ECD?

Personally, I look forward to gaining in-depth knowledge and experience in the food service sector at a European level. In terms of Marathon Distribution Group, I expect us to strengthen ECD’s voice and position in Europe.

What do you think is so special about the Romanian gastronomy comparing to other European countries?

I believe the focal feature of the Romanian cuisine is the exceptional variety. It’s influenced by many cultures such as Ancient Greeks, the Romans, the Saxons, the Turks, Slavic, and Magyar neighbours. The influences blended over time and delivered delicious Romanian dishes. Although they’re not of pure Romanian origin, dishes such as “meat rolls” (sarmale) and “mamaliga” (polenta) have attained the status of “Romanian traditional dishes,” being assimilated from the Turkish and Polish people.

A very interesting Transylvanian culinary tradition is a special cheese storage procedure using fir tree bark. The tradition dates to the 14th century and involves striping the bark from a fir tree and wrapping it around the different cheeses as a cylinder. It’s a way in which dairy farmers store extra cheese.